Last weekend I had the pleasure of filming and photographing some beautiful super cars & super models. This whole project was organized by Olaf of Iconic Concierge Vancouver Magazine, in collaboration with Audi Vancouver and Populist Vancouver. The weekend was jam-packed with helicopter rides from Valhalla Helicopters, wine tasting at 50th Parallel, Liquidity and Spirit Ridge, and our shoot came to an roaring end by racing the 2017 Audi R8 V10 Plus at Area 27, the Okanagan’s premiere race track! 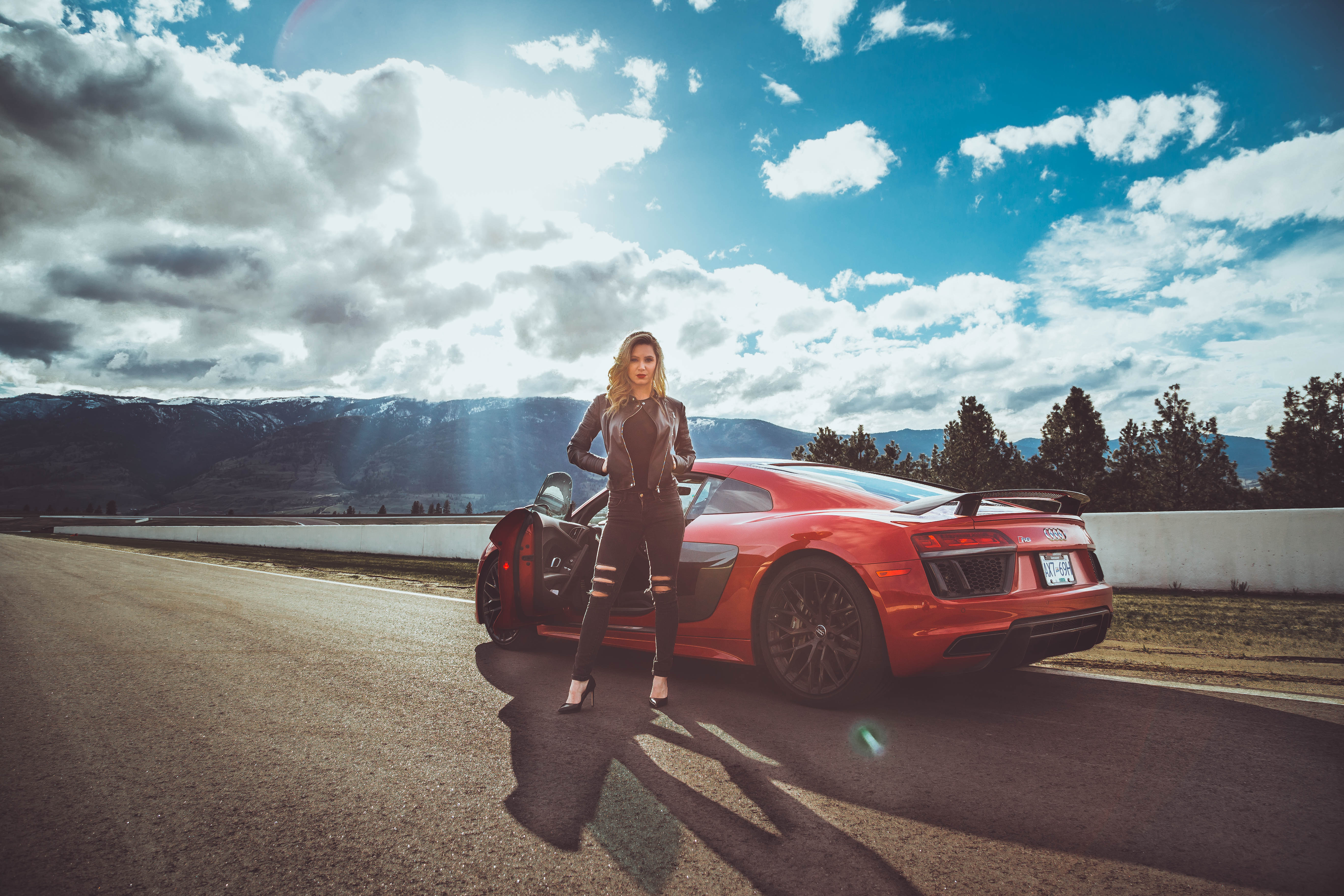 Our model for the weekend was Rebecca Traub, she’s the owner & founder of Populist Vancouver

I met Rebecca and her co-pilot for the weekend, Olaf Robrecht, at the foot of William Benate bridge in Kelowna.

From there our shoot immediately commenced

We started with some wicked aerial footage of them driving the brand new Audi R8 V10 Plus across the bridge! By the way, Olaf is the publisher and one of the main guys behind Iconic Concierge, Iconic Motoring and Icon Okanagan Magazine’s. He and I have worked together a bunch over the past few years, and it’s always such a pleasure! The photos I took throughout this shoot will be featured in his magazines – so definitely keep an eye out for those!

We then promptly headed to 50th Parallel Winery in Lake country

We met-up with the fabulous owners, Curtis and Sherri-Lee! Trust me when I say, these two are a total hoot! They’re both so hilarious, extremely welcoming and they have such an amazing story. If you have not yet had the pleasure of meeting them or visiting 50th, I HIGHLY suggest going up for a wine tasting, their wine is out of this world!

As Sherri-Lee would say, “I’ll meet you at 50th BITCHES”!

As we arrived at their incredible estate we could already see a chopper descending into the parking lot, right behind our beautiful red ride! I don’t know about you, but this just SCREAMS photo-shoot to me! So, that’s exactly what we did! 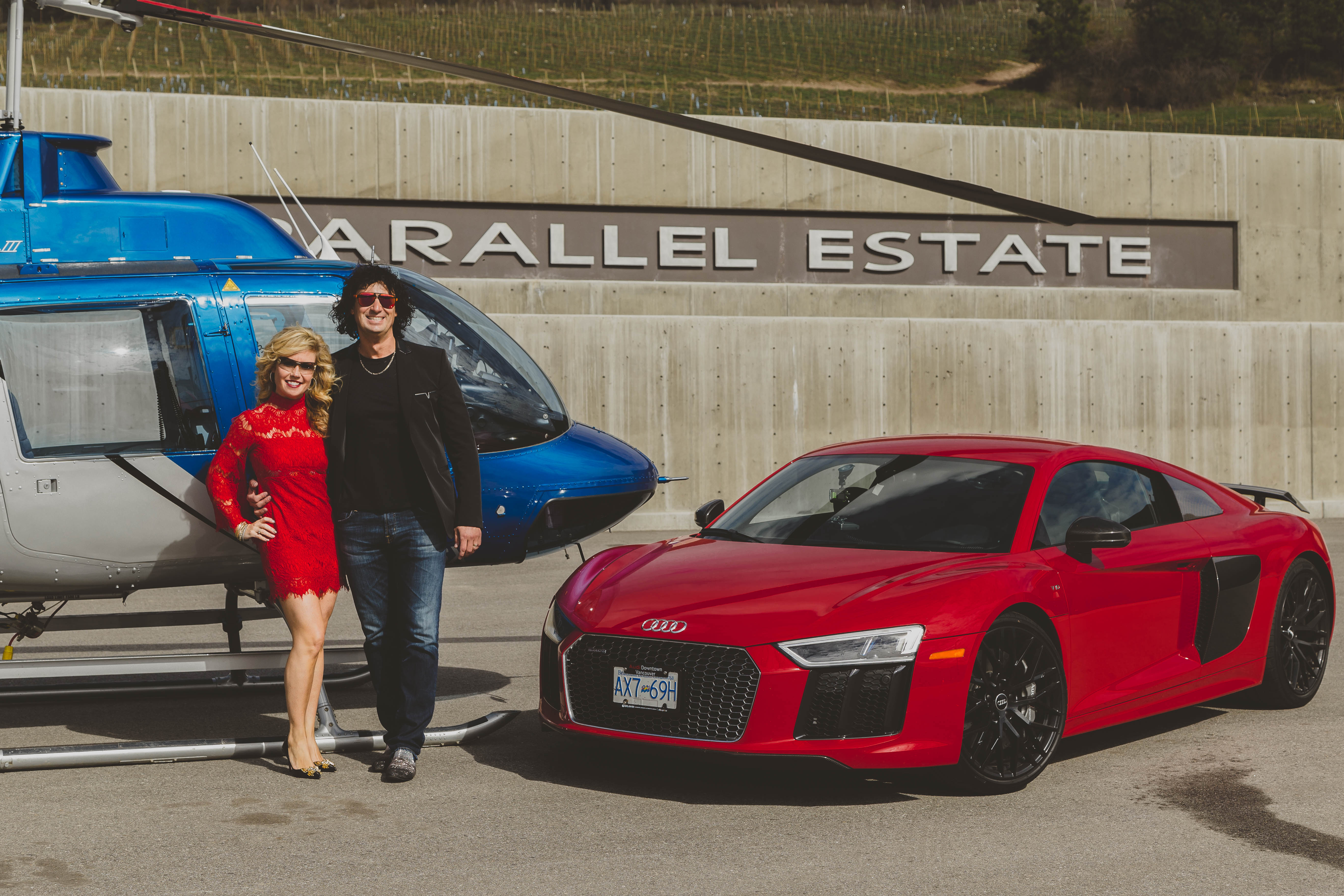 Rebeca with Valhalla Helicopters & the Audi R8 V10 Plus

Once we shot a few photos, Rebecca, Olaf and I hopped into the helicopter and we went for a ride! This was a huge highlight for me, because I have never been in a helicopter before! To add a cherry on top, they even took the doors off, so our feet were literally hang out the side as we were flying through the air! If you follow me on Snapchat you would have seen the whole thing! *cough* my handle is @Fresh_Finish *cough*

We landed back at 50th Parallel and we spent the remainder of the evening sipping vino and chatting with our favorite couple Sherri-Lee & Curtis. It was a pretty freaking awesome Friyay!

Saturday morning we headed out for another full-day of filming, and… you guessed it… MORE WINE TASTING!

Our first destination was Liquidity Wines

We were greeted by the smiling owner Ian MacDonald, he’s such a friendly guy! You could tell right off the bat how genuinely passionate he was about his wine and his customers. He chit chats with everyone who comes through their door and it was evident how much he loves what he does.

He not only served us amazing wine, but he also sat us down for lunch at their bistro! What really stood out to me was that all of their ingredients are sourced locally! Their food philosophy is to represent the area’s farmers and have their menu evolve with the seasons. How cool is that? Everyone’s meals looked absolutely mouth-watering, however their only semi-vegan option was a salad, so that’s what I opted for (and you know me and my track record with salad… haha). But, overall the concept at Liquidity was fantastic!

After a bite to eat, an impromptu photo-shoot and some filming – we were off to our next stop! 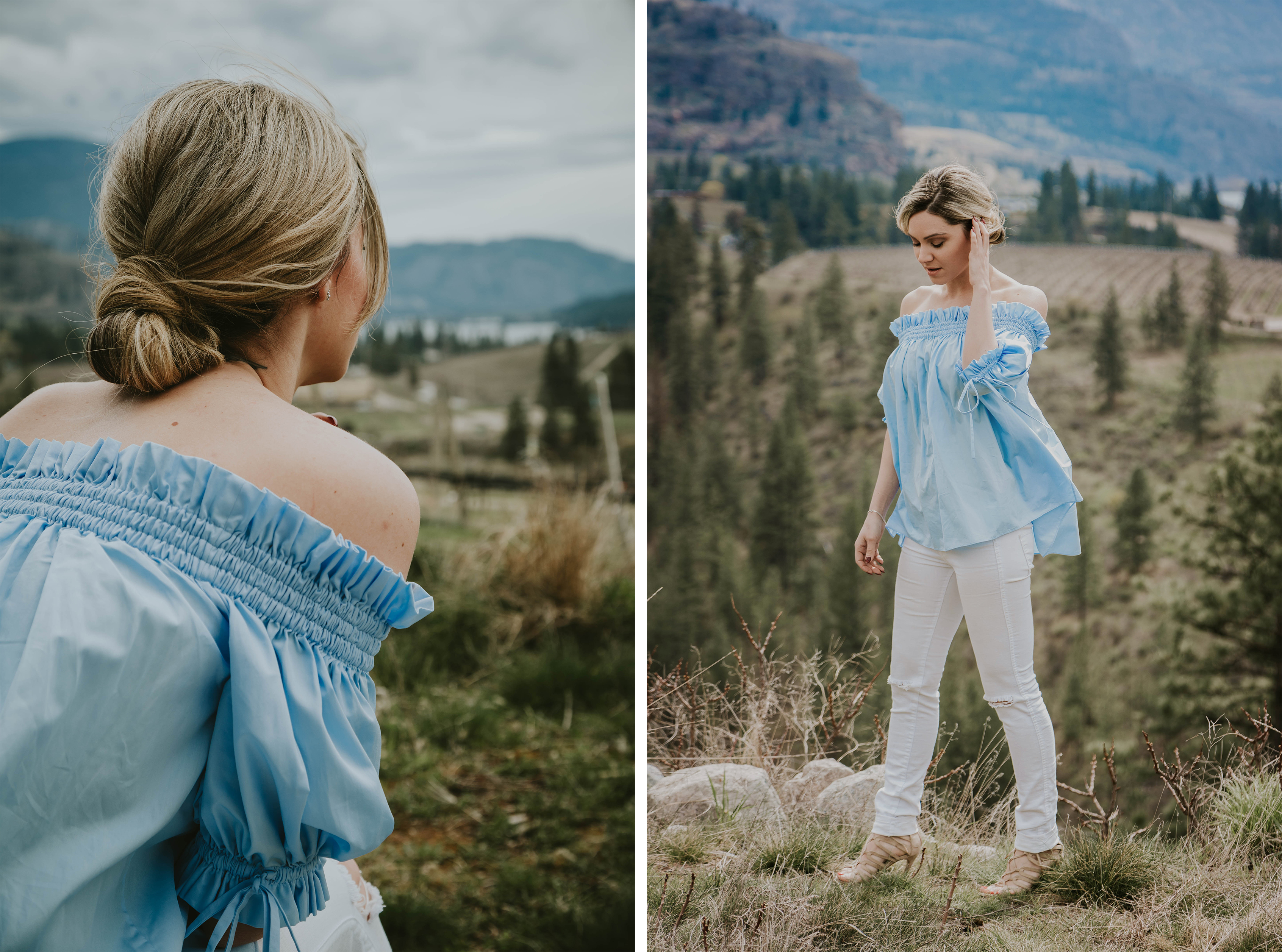 Our next location was Spirit Ridge at Nk’Mip Resort in Osoyoos BC! We first filmed a quick interview with their General Manager, Daniel Bibby, chatting about the local Area 27 race track and their award-winning wines! Which of course we HAD to try (are you starting to see a pattern here?). We were brought back into their private tasting room, where the lights were dimmed and you could hear faint traditional aboriginal music playing in the background. The whole atmosphere was very calming, peaceful and high-class.

Once we emptied the last few sips from our wine glasses, I took photos Rebecca’s last outfit, and then…

We were off to the races! 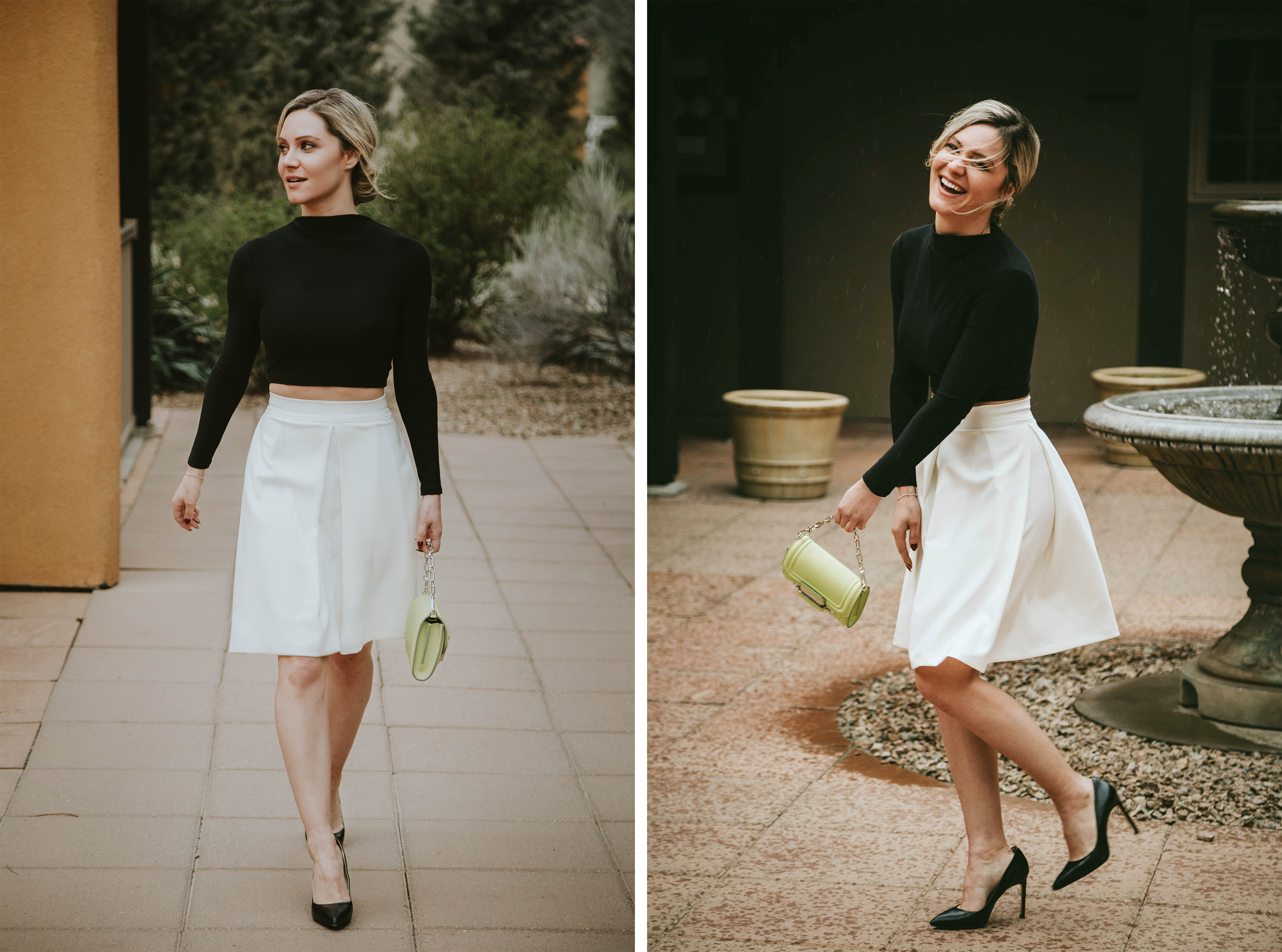 Now, the part you’ve all been waiting for…

As we pulled up to the track, we were met by Matt August, the owner of August Luxury Motorcars. He had his Lamborghini and a couple open wheeled race cars with him, which was AWESOME! My excitement was building!!! This is also the first time I have ever seen a bike rack on a Lambo! Way to get those fitness gains Matt! 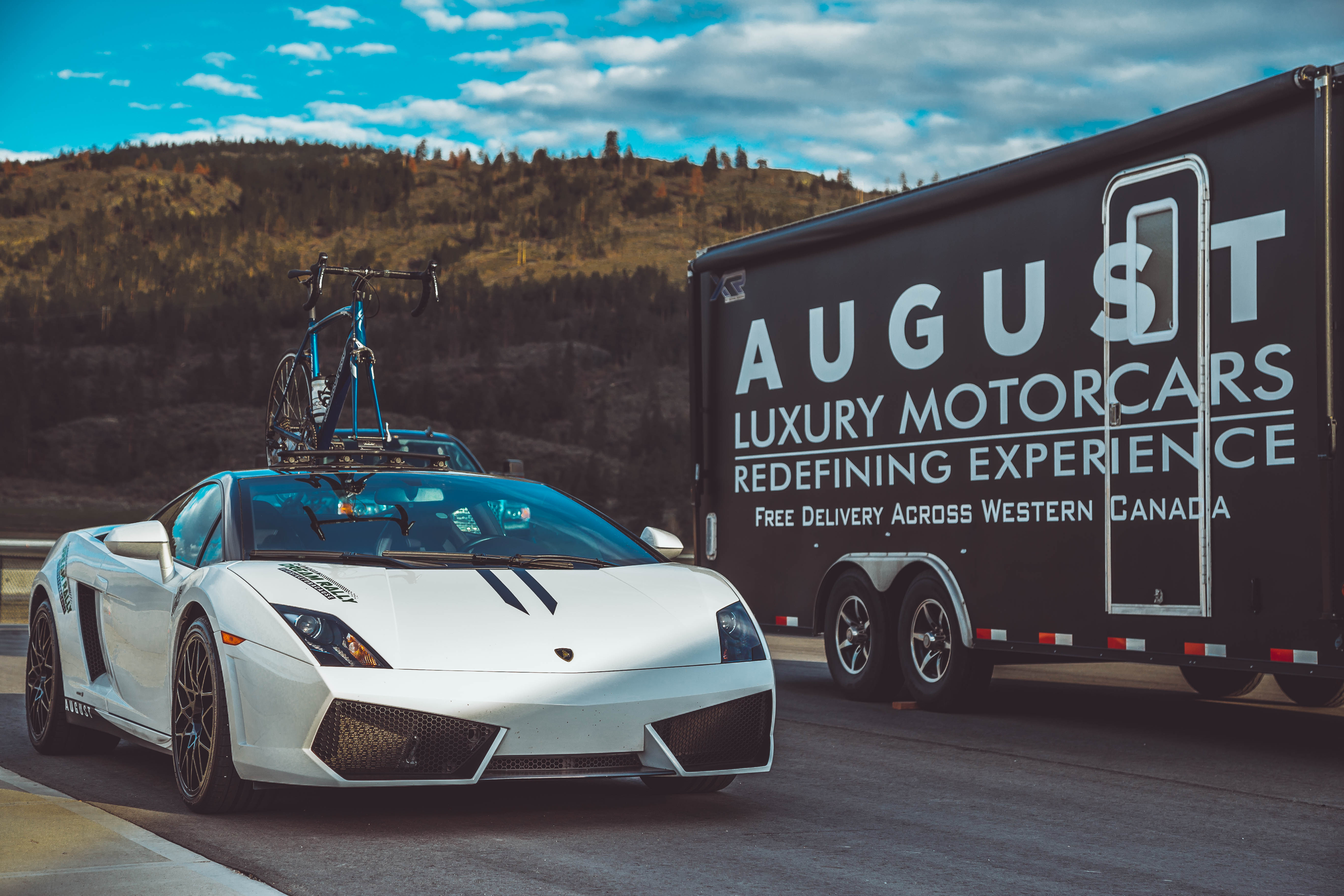 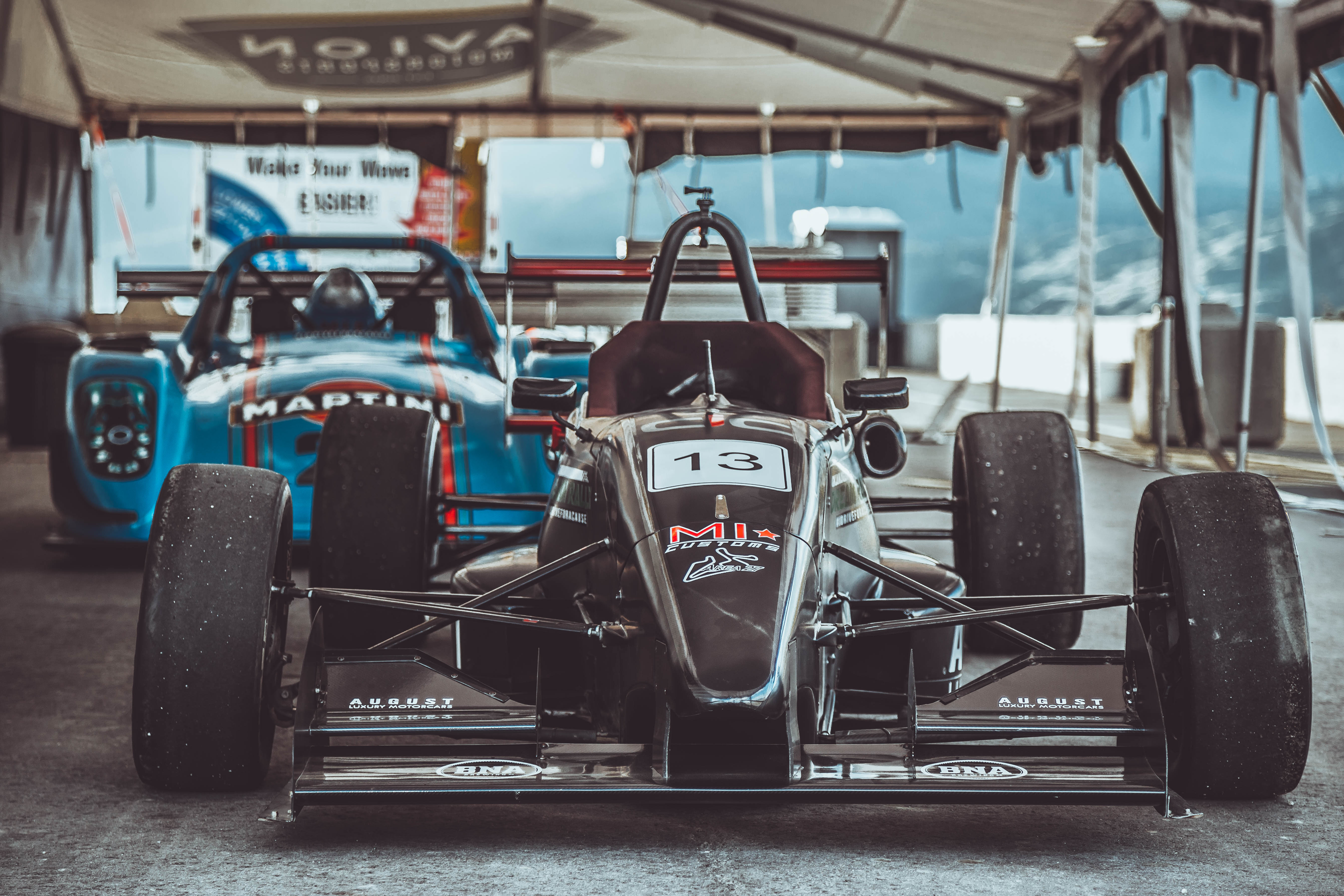 Once all of the formal introductions were complete, it was finally time to for us to head out to the pristine 4.8km race track, built right into the surrounding area! They did not grade and flatten the land, but rather construct the track by utilizing the natural flow and curvature of the land. This gives a very organic and flowing feel while racing at speeds up to 250km/h.

That was hands-down the fastest I had ever gone on 4 wheels! Filming was in every sense of the word EPIC! From filming the drone shots, to the drive by’s, to sitting in the passenger seat, to me literally lying the in the hatch of my car (back door wide-open) while Olaf drove 110km/h, just to get the best possible shots – it was all so surreal! Thanks so much to the entire team for having me be a part of this legendary weekend!

All of this weekend’s video footage will be combined with another videographer’s footage in Vancouver to create a TV-like episode that Audi Vancouver, Iconic Concierge and Populist teamed up for. This episode will be featured on a local Vancouver TV show! My footage has been submitted, so I can’t wait to see what the editors come up with! In the meantime, I have put together a short teaser video showcasing some of our shots from Area 27! So, what are you waiting for? Click on the video below and let me know what you think in the comments!

This endpoint has been retired